Skip to Content
Home Blog Parenting The Secret of Parenting Little Boys in 2021.
by 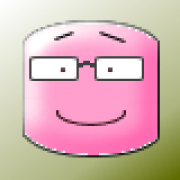 I’m probably the last person to make a distinction between parenting little boys and girls. There are too many gender stereotypes that create foreshadows in life.

Boys are rough. Girls are gentle.

Sometimes we use these stereotypes to explain why children are the way they are (when in reality every kid is a unique individual).

post contains affiliate links, which means if you make a purchase through any of my links, I may earn a small commission.

Sometimes we even use these stereotypes to inadvertently mold our kids into them, which is the main reason I think we are all pushing for more gender neutral toys

and trying our darnedest not to influence what a child likes or doesn’t like.

“Oh, he’s such a boy,” I tried for a long time and hard to stop hearing this phrase.

If you’ve been parenting a toddler boy for long enough, you’ll begin to realize that there are a few things about boys that are terribly boyish. Through the years you hear it over and over—”Oh, he’s ALL the kid.”

And I finally decided to do this—to embrace the stereotypical characteristics of the boy and go with it.

I gave up trying to prevent my little boy from climbing things that were a little risky. We’re going to the beach, and I let him climb the rocks that other parents might be gasping at.

I let him stand on the toys and the stools to get things higher up.

I let him climb the playground equipment, the trees and the dirt piles that are perceived as “beyond his age,” and I stand by to see if he needs me.

Embrace the jump, throw and wrestle…

I let him jump on the bed and jump around.
I started to let him hop off the sidewalks and picnic benches and playground equipment.

We’re even throwing balls at the house. We’re trying to keep it within reason, but indoor hockey, soccer and catching are not entirely out of our home.

Roughhousing with children is a great way to release energy and build a physical and emotional relationship with your child. We’re embracing the rough house and wrestling around here.

Why embrace it all?

In fact, this is something that Clare Caro has beautifully put into words when she spoke about schemas recently.

I didn’t know what they were until she explained that “it’s really a fancy word for the urge that children have to do things like climbing, throwing things and hiding in small places.”

Part of what you learn is that embracing urges—in a safe and responsible way—is vital to helping our children thrive. These impulsive actions help children to learn and understand the world around them.

1.He learned what he actually felt like climbing, jumping, throwing, and wrestling.

He’s learned what these experiences actually involve. Allowing him to just go ahead, have something to do with it, and experience those things blew his urge to try them incessantly.

2. He learned the cause and effect of these actions.

He’s learned that when you jump from too high, you can fall, and it hurts.
Again, I let him fall by reason. Bumps, bruises and scraps are part of our daily home life. If there is a real risk, he will be advised how to make a safer choice or how to keep his body safe.

He developed his own watchful eye for which type of climb was safe and which type was too high or too dangerous. More often than not, children will set the right level of challenge for themselves. Kids are not in a position to make a safety judgment call correctly all the time.

But more and more, if you trust your children, they will show you the right level of challenge for themselves. He is often able to make better judgment calls when it comes to safety.

No matter how hard you try, your child is who it is. The primary urge to do many things that are stereotypical to boys is hard to avoid. There’s nothing wrong with just embracing it.

But I’m going to share a secret with you…

We also bought him a doll.

And helped him learn to give his baby a hug and a kiss and to be gentle.

Just to balance things out a bit.

He loves the baby doll almost as much as he loves climbing and jumping.

Related: Most Functional Baby Sleeps Tips You Will Get in 2021.

Thank you for my beautiful hair ❤️💓

Leaving behind 2020 and waiting for new opportunit